Japan’s a country that’s home to world-renowned anime and sushi rolls, but it’s also a technology hub like no other. Today, we’re here to review VPN Gate, a free VPN plug-in based in Japan that garners user power from over 4.8 million connections in over 234 countries to date.

This academic project originated from the University of Tsukuba in 2013. Its parent project is SoftEther VPN, an open-source protocol. VPN Gate has been around for 5 years. So, what’s the reason behind this milestone?

You’ll find out in this review.

VPN Gate does not have the full list of its servers up on their website to prevent any Denial-of-Service (DoS) attacks.

Still, you can see a partial list of their servers on their homepage. From what we’ve seen, it’s safe to say that they have servers in Asia, Africa, America, and Europe.

That’s access to servers from 4 continents for free! They also display recent VPN activity in their service.

These are just the 5 most recently used servers at the time of this review. A more comprehensive list of their servers can be found on their homepage as you scroll down.

And funnily enough, it seems that the majority still use OpenVPN protocol and not SoftEther.

Pricing & Plans: Free (give back by volunteering)

VPN Gate is completely free. They don’t even take donations. Volunteerism is what fires this VPN.

They encourage users to give back to the community by becoming a volunteer. You can become a volunteer by providing your CPU time and bandwidth to support the academic experiment. Volunteers must have access to computers with a broadband connection.

According to their website, each VPN server’s IP addresses are distributed around the globe to avoid detectable patterns tied to specific IP addresses. The IP address count may vary as the number of volunteers changes.

Basically, VPN Gate’s servers are hosted by volunteers who don’t need to pay costly fees for bandwidths or CPU time. Applications for volunteers can be found on VPN Gate’s website.

There’s no need to sign up to use VPN Gate.

They readily provide users with a VPN service for free, no questions asked.

To get started, take a look at the server list on the VPN Servers List page. Configuration files are provided along with a guide for you to refer to when you connect to the server through any supported protocol.

VPN Gate passed both our IP and DNS leak tests with flying colors.

VPN Gate offers servers that support 4 protocols. Some servers may support only some and not all four protocol types like OpenVPN, L2TP/IPSec, MS-SSP and the parent project of the plug-in, SoftEther VPN.

You have the liberty to pick the protocol you want to use as long as the servers support it.

You can choose between 160-bit and 256-bit, but not 128-bit because VPN Gate does not support PPTP. You won’t need it anyway since there are known security issues with PPTP. The four protocols VPN Gate supports are known for high security and speeds.

It’s free and secure, a double win for their users.

Here’s a bit more information about which protocols are supported on each platform:

VPN Gate’s website is set up like a wiki that’s typical of an open-source project. It’s definitely no UX design wonder, with a banner that looks ten years old.

But really, who’s complaining? It gets the job done and gives you everything you need to use the free software.

As for the product, it’s a plug-in, which means you can use it on whichever software that supports it.
Obviously, SoftEther VPN is a good first choice as it’s the parent project of VPN Gate.

On their website, you can access how-to guides on installing the plug-in and setting up different protocols via the How to Connect tab.

VPN Speed and Performance: Under 2Mbps

Clearly, this is not an area where VPN Gate performs.

As you can see, speed test results didn’t even go beyond 2 Mbps. They don’t make any claims about blazing speeds and you can see why.

Volunteer nodes are generally not as optimized as the ones that premium VPNs offer.

Imagine this. The Netflix logo flashes on to your screen, preparing you for a binge session of your favorite show. 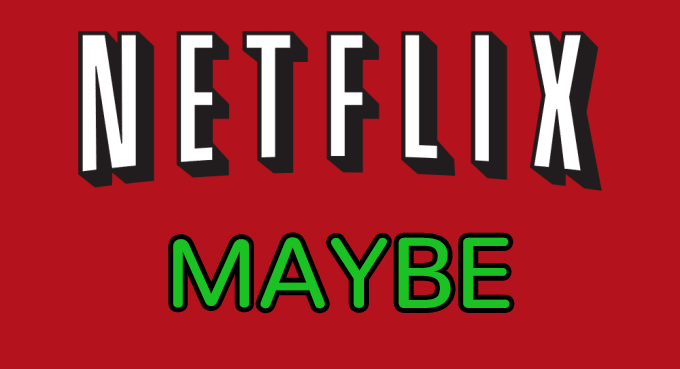 Is there a catch? Well, Netflix can work on some volunteer nodes but it’s a gamble. But hey, it’s still something.

Not enough to make our list of best VPNs for Netflix, though.

Typically, the L2TP/IPSec protocol offered by VPN Gate is lenient when it comes to torrenting. However, since VPN Gate runs on volunteer-based servers, this is not recommended as they can hold you accountable if they find records in your activity logs.

In short, don’t use VPN Gate if you want to torrent. Check out the top VPNs for torrenting instead.

VPN Gate was built on the back of the open-source SoftEther VPN protocol, so there’s no official customer support.

Instead, you can go to the public forum to ask questions and help other community members.

According to their website, these logs will be kept on their servers for three months or more. This can be a lot for some people. But if you don’t mind providing these details, VPN Gate uses these logs to continue to develop and transform the plug-in to something that would better fit the needs of their users.

VPN Gate has no kill switch. If you feel like you really need a kill switch, this VPN is not for you.

VPN Gate as a Business

VPN Gate is an academic experiment by the Graduate School of the University of Tsukuba in Japan. It was launched in March 2013 and continues to provide free VPN service to this day.

It was developed to give users the ability to bypass government firewalls for restricted websites, hide identifying information, and secure personal data when using public Wi-Fi. SoftEther VPN is the parent project of VPN Gate.

Japan may not officially be in the 14 Eyes alliance, but it has been known to exchange information with the United States of America, which is a member of this mass surveillance organization. The VPN may be considered as an unofficial partner of this alliance.

Free VPNs almost always come with the price of getting your activity logged. VPN Gate is transparent about their policies, so it’s not like they’ll throw you a curveball. But remember: they call themselves as “public VPN relay servers” so things aren’t too private.

You won’t have privacy with VPN Gate. If you want to learn how this works, it’s not a pleasant experience but you’re free to try.

For serious use, we do not recommend VPN Gate. We wouldn’t use this for any activities – maybe to simply check a website out of your region?

But for anything more than casual browsing, you’ll be better off with a strong paid VPN service from our top 10 VPN list.

Things to consider:
- No support
- Slow speeds
- Netflix is a big maybe