SoftEther VPN is an open-source academic project developed by the University of Tsukuba in Japan. It’s a free, popular alternative to OpenVPN that has been in the industry for 15 years since its initial build. So far, it has stood the test of time.

It’s cross-platform, multi-protocol, and completely free of charge. There’s a lot of flexibility that comes with this VPN, as users can also create a client of their own. If you’re looking for a good free alternative to OpenVPN, you should check out SoftEther.

We’ve gone ahead and tested it out to show you how well it holds up compared to other VPN services out in the market.

Note: SoftEther is the parent project of VPN Gate. Although the projects are related, SoftEther VPN is a type of protocol, while VPN Gate is a plug-in module for SoftEther VPN.

Servers and Locations: Choose your own VPN client

Since SoftEther VPN has a child project, VPN Gate, we kept things simple and used it to connect to this protocol.

As mentioned before, you’re free to choose whichever VPN clients or servers you want to import to the software. You’re not just stuck with VPN Gate.

Another great feature is the clone function, which lets you switch back and forth between OpenVPN and SoftEther VPN. 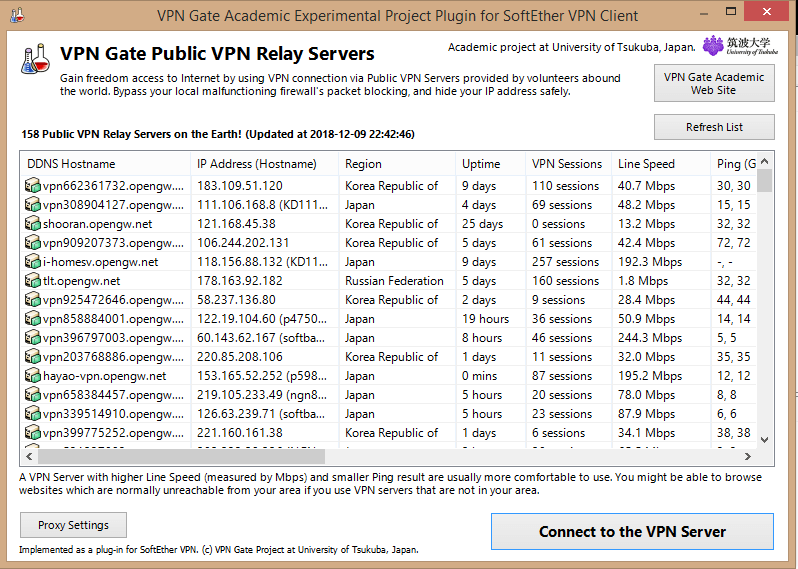 Since you have the ability to choose which VPN client you want to use, the possibilities are endless.

The project is completely free.

*If you want to use their child project, VPN Gate, know that their servers are run solely by volunteers who provide their hardware and bandwidth to support the VPN. They do this in order to keep their services free to the public.

Known for its diversity and ease of use, SoftEther is a highly compatible protocol. It runs on Windows, Linux, Mac OS X, FreeBSD, and Solaris.

Of course, the number of devices you can use simultaneously may vary according to the client you use. But if you plan to use VPN Gate, you can connect an unlimited number of devices since SoftEther doesn’t require you to sign up.

SoftEther does not require you to give out any additional information unless you wish to access their forum to stay in the loop on updates and community activities. 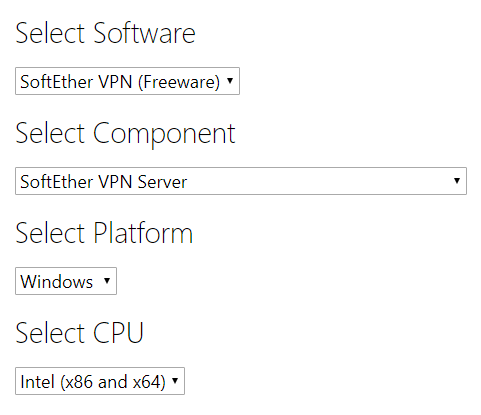 The download links are all displayed on their website. You will have to enter your preferences and device specifications before they provide you with the appropriate download link best suited for whatever device you have.

SoftEther VPN stays true to their reputation of being a secure and stable protocol. Check out our tests below:

For some clarity: our IP address nor ISP was shown when we ran a leak test using these tools.

The same goes for their software. It’s got a simple layout, and it’s easy to keep track of your connections and settings through their client manager.

Since SoftEther is open-source software, there’s no official support available. 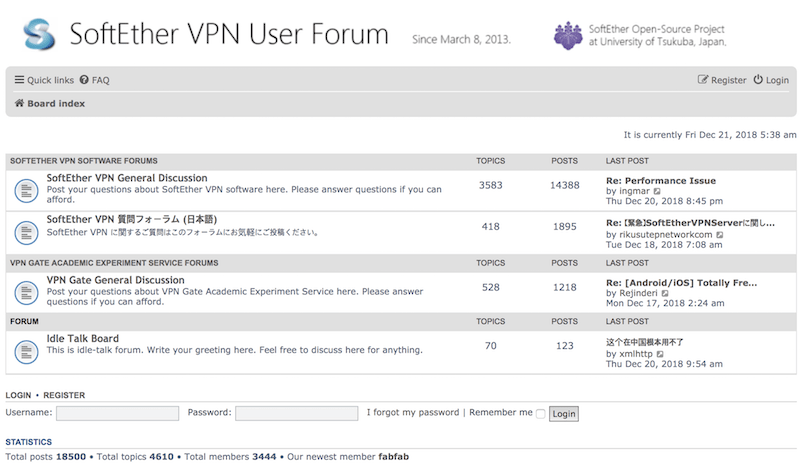 Instead, you can access a public forum to ask and answer questions from the community. It’s an active community that’s been frequented by users since 2013. There’s one board in English, and another in Japanese.

You may need to register to access their forum. There’s an FAQ for their forum in case you’re confused about how to use it.

The main website also has a knowledge base and simple tutorials to guide you through using the protocol.

Kill Switch: Depends on your client

Since SoftEther VPN is a protocol, you can use a VPN client with a kill switch if it’s a must. Picking a client that has a kill switch won’t be a problem because this is a highly compatible protocol.

We weren’t able to connect to these servers for this batch of tests. We’ll update this section when we can get it to work!

Boo… Netflix picked up on our VPN use and blocked their content. 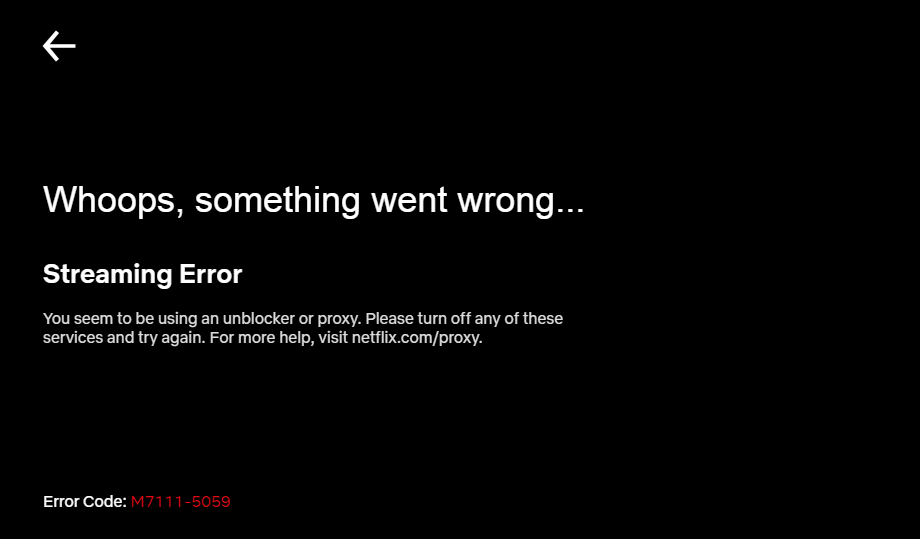 Save yourself the trouble and go with the best VPNs for Netflix.

Although SoftEther’s terms do not allow torrenting, there have been reports of users being able to find a way to do so. The volunteer network does not allow P2P traffic.

If you torrent regularly, we recommend these top VPNs for torrenting.

SoftEther logs your connection and disconnection to the VPN server, as well as the type of connection received. 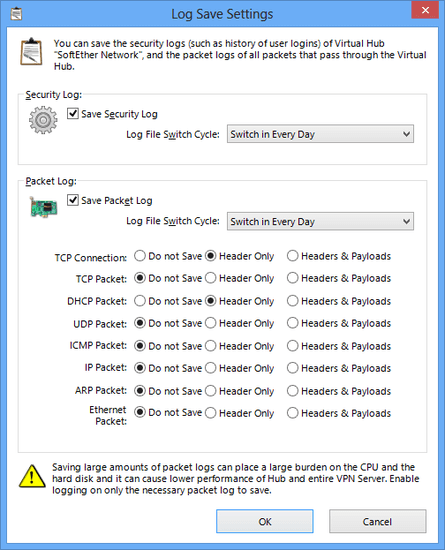 You may also save all your activity in packet logs and change your settings. The Logging Service page goes into great detail about how you can customize logs.

SoftEther VPN as a Business

SoftEther VPN’s founder, Daiyuu Nobori, programmed SoftEther1.0 as a personal project in 2003, when he was just 18. At the time, he was a first-year student at the University of Tsukuba. SoftEther1.0 was released in the winter of the same year.

Nobori wanted to use Microsoft Remote Desktop on his campus’ Wi-Fi to connect to his home PC through the internet. This was impossible back then, but it was what inspired him to develop one of the leading protocols in the industry.

In 2014, he opened the project’s source code to the public and released the software with a GPLv2 license.

As an academic project, SoftEther VPN started offering its services for free when it first started. It still does today.

SoftEther VPN is based in Japan. It is not a part of the 14 Eyes Alliance.

But they do have a history of being close partners with the United States, which is a member of this mass surveillance organization. This means users face a slight risk of their data being exchanged.

SoftEther VPN is a highly versatile protocol. It’s gradually picking up its pace to race OpenVPN to the very top of the open-source foodchain.

Even if it hasn’t been in the industry as much as OpenVPN, the project has been a triumph in its own right. When used appropriately and catered to a user’s needs, the protocol can be just as good as OpenVPN.

If you’re feeling adventurous with your VPN protocol choices or simply don’t want to settle with the mainstream protocol, SoftEtherVPN will do you a solid.

If you’re just learning about VPNs and want to go the more “hands-on” route, this could be a fun way to go about it.

But if you want a quality service without limits on streaming or torrenting, go to our top 10 list of VPN recommendations.

Things to consider:
- No torrenting
- No official customer support