A service you may never have heard of before, ZenVPN dubs itself fast, affordable, and easy to use. We do like their logo of a Zen Buddhist monk meditating in 0’s and 1’s while wearing some type of futuristic glasses. Kudos to whoever designed it!

Now for our comprehensive review, where we’ll find out if there’s any merit to Zen’s claims or not.

ZenVPN fully supports torrenting and does not restrict or throttle those who do it. There are no specific P2P or torrent-friendly servers; they all support it. Let’s face it, though. At the speeds demonstrated above, you aren’t going to be able to get much torrenting done.

Still, it’s there, and maybe your speeds will be better than ours; we love seeing VPNs offering torrenting support, and to see it on all of their servers makes us happy. Keep it up, Zen!

For some ridiculous reason, the ZenVPN website does not state which devices it supports. From what we can see on their download pages that are displayed after signing up, ZenVPN can only be used on Windows, macOS, iOS, and Linux.

A quick look at the Google Play Store revealed that it’s also available for Android. 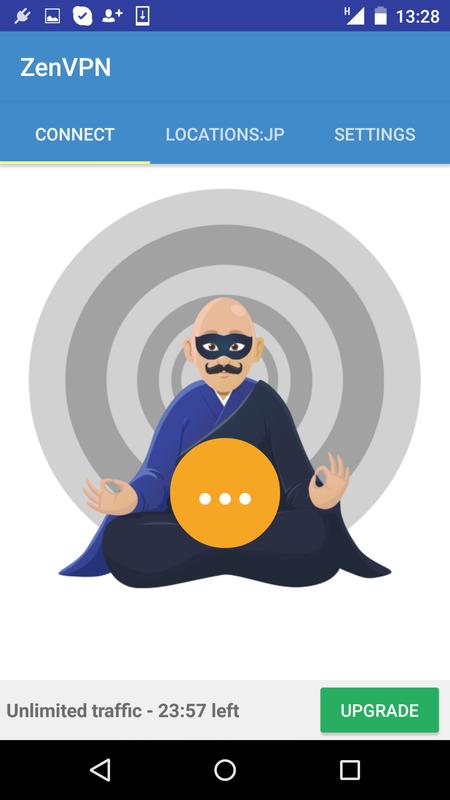 There’s no support for other smart devices or routers at this time. Fortunately, there are plenty of VPNs that offer router support in the market. 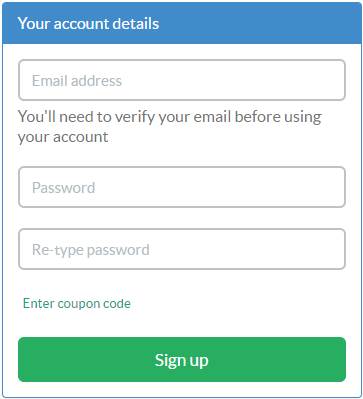 Unfortunately, there are no easy anonymous options like we’ve seen with VPNs such as Windscribe VPN, but if you use throwaway details, it should be fine. There’s no avoiding the fact that you can only pay with your debit or credit card, though (see the Payment Methods section for more on that).

Servers and Locations: 5 years old, but how many servers?

ZenVPN has a long list of servers and you can view current offerings by visiting their locations page. 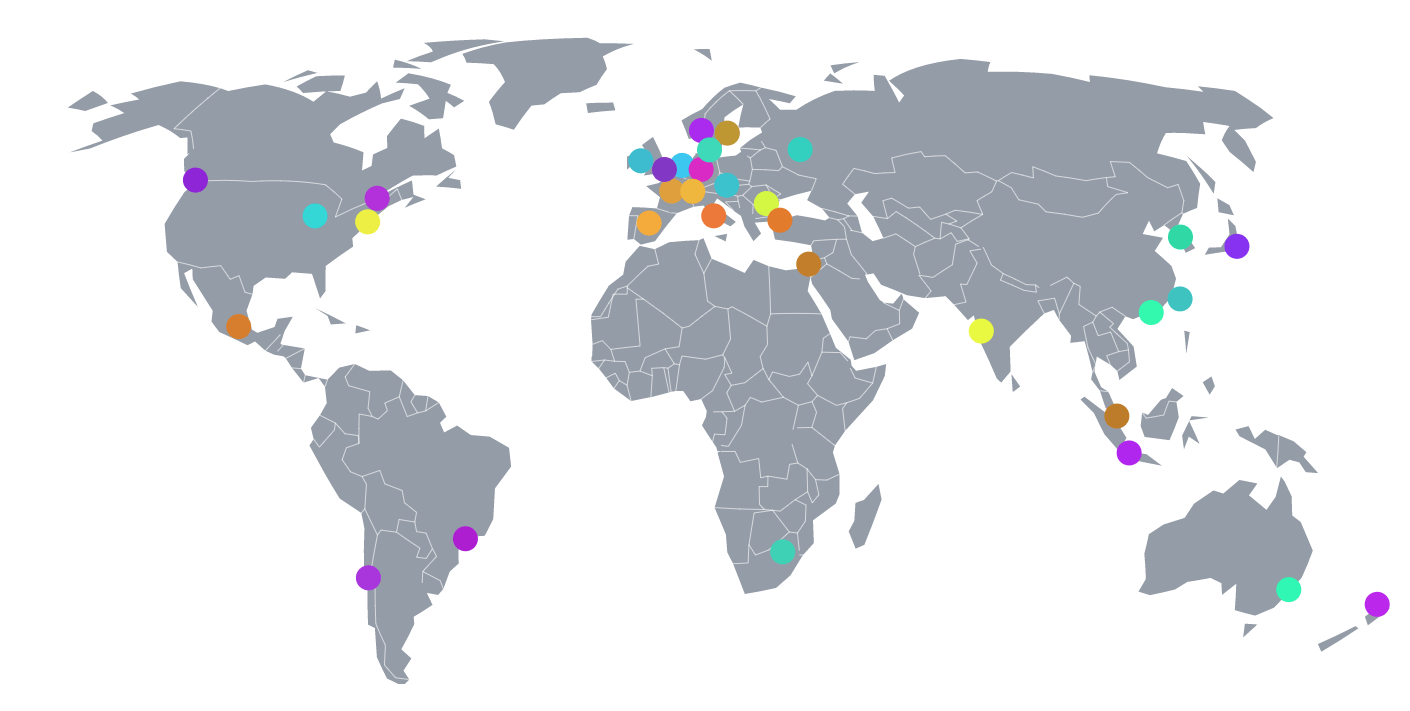 At a glance, we can see that they have servers in the US, Western Europe, Asia, and even Australia and New Zealand, with a couple in Mexico and South America. 28 countries in total. This is a far too low offering in terms of global coverage.

Still, we don’t know exactly how many servers ZenVPN actually offers. Is it one server per country? Is it two? We don’t know, and that’s a slight cause for concern. Until we know, we can’t recommend ZenVPN in terms of server count.

From one of our testing centers located in the U.S., we tested ZenVPN’s speeds using a server in New York.

First up was a U.S. server located in New York:

Our download speeds were reduced by a whopping 91.7% when connected to New York.

That’s not good at all. Given that we were using their premium trial, we were not at all impressed with the results. If this is ZenVPN’s speeds at their best, what are their cheaper plans like? If you’re looking for speed, look elsewhere. ZenVPN will not give you what you seek!

Netflix Test: No Netflix to be had here

Unfortunately, Netflix did not work on any of the servers we tested. We were met with the usual Netflix proxy error, not surprising given that Netflix has been cracking down hard on VPN use. Even top-tier VPNs are feeling the squeeze.

If streaming is important to you, your best bet is to go with the tried-and-true VPNs for Netflix on the market.

ZenVPN has two different types of plans: limited and unlimited. Personally, we think this doesn’t make much sense and it would be very easy for a customer to accidentally subscribe to a limited plan instead of an unlimited one… we nearly did!

Standard plans are all limited to 5GB per day. If you’re going to be streaming a lot of content, you’ll run out very quickly. You can get unlimited bandwidth with much better VPNs like NordVPN for this or close to this price, so we don’t understand where they got this pricing model from. Still, it’s interesting to see a different pricing model. If you’re not going to be streaming anything then 5GB is plenty to go with.

Unlimited plans are a lot more expensive and almost double the price if paying annually. While you can save some money by paying annually instead of monthly, the difference isn’t huge.

They also have a free plan that gives you 250MB per day and access to servers in France, the Netherlands, India, Singapore, and the U.S. – it’s nice to see a freemium model like with Windscribe.

Oh, and they don’t share how many devices fall under the plan, ie – we don’t know how many simultaneous connections you’re allowed. 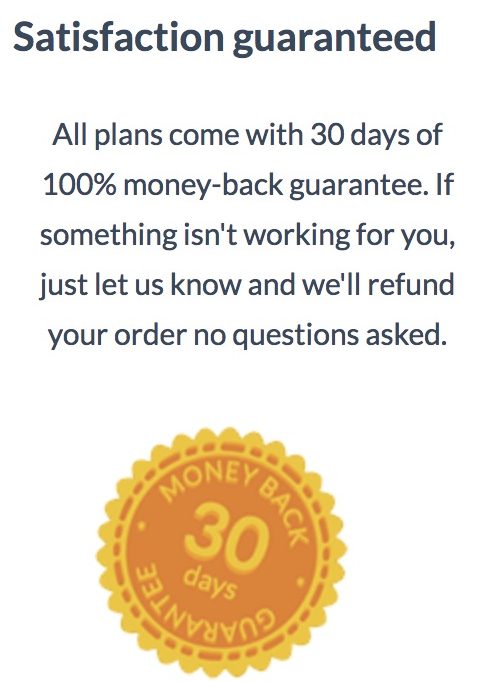 ZenVPN offers a 30-day money-back guarantee. This type of refund policy is common among VPN providers and it’s a refund policy you’ll probably make use of if you purchase a subscription.

As with anything ZenVPN, you need to read the fine print. It states that you can only get a refund if you use less than 5GB of bandwidth. Make sure you’re aware of that before you begin!

Payment Methods: Give them your card details, or move on

ZenVPN only offers payment through credit or debit card. That’s fine given that their checkout page is HTTPS secured; however, there are no PayPal, no pre-paid cards, or cryptocurrency payment methods.

By only offering credit or debit card payments, ZenVPN is lagging far behind most other VPN providers who have more than one type of payment method and at least one anonymous method.

Not to mention the payment processors will log your details.

Product Interface: Simple to a fault

ZenVPN’s product interface is very simple. It’s a small square box that sticks to the bottom right-hand corner of your screen and can simply be used to connect/disconnect from the service or choose another server. 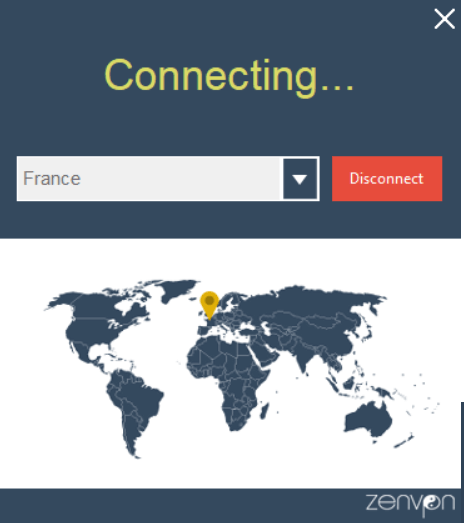 That’s it. It can’t even be moved. Unfortunately, this looks like a VPN that was thrown together quickly.

Not a good look.

Maybe they were going for a minimalist approach to go along with their brand name. But… we sincerely doubt it. When it comes to product documentation, you’d ideally want to see a lot of useful resources. Alas, that’s not the case here.

This is all you get with their help center. It’s not even indicative of the full spectrum of devices that are compatible with ZenVPN. Looking at this, you wouldn’t know that there’s an Android app, or that you can download the service on your Mac or iPhone.

Customer Support: As weak as many other parts of Zen’s service 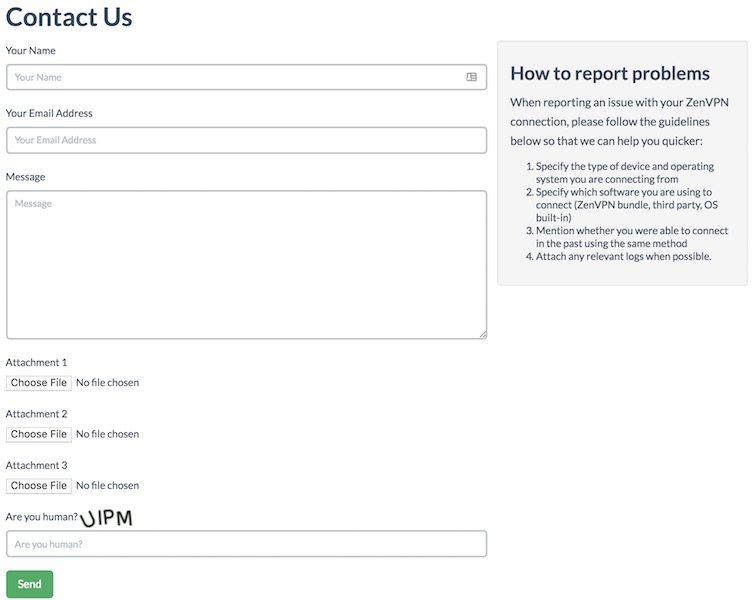 From here, you can fill in the customer support form and hope for the best. There’s no live chat option and only a very limited number of setup and installation FAQs on the site. Overall, a terrible support experience.

We recommend reading the entire ZenVPN Privacy Policy page and see how it fits with your needs.

They don’t explicitly say what this information is that they monitor, but it’s likely that they record session information (e.g. device IDs, dates and times of connections, and bandwidth usage) because of the limited bandwidth accounts they offer.

While this isn’t unusual and typically neither dangerous nor a cause for concern, it reflects badly on ZenVPN that they’re not entirely transparent.

Without ZenVPN explicitly saying something along the lines of “[we use your data for this purpose and will never share it with anybody, period]” we can’t be certain.

Encryption and Protocols: It might be slow, but at least it’s secure… maybe

ZenVPN uses the OpenVPN tunneling protocol. Since this is widely regarded as the most trusted VPN protocol, we expect any serious VPN to at least offer it as a choice. Plus points there.

As for encryption, ZenVPN doesn’t openly state what encryption method they use. We expect they’re using AES-256 encryption, the popular military-grade encryption, because the service supports OpenVPN. It’s only a guess, however.

We detected IP and DNS leaks that revealed the location of our testing environment:

For ZenVPN to fail the most basic of VPN tests is a major problem.

There is no kill switch or similar feature with ZenVPN’s service. What this means is that you could potentially be left vulnerable to prying eyes if your connection to ZenVPN drops (something that’s definitely possible) because your internet connection will remain running.

Without a kill switch, you will remain connected to whatever website or service you’re using, even if your ZenVPN connection fails.

It’s almost as if there aren’t enough reasons to not recommend ZenVPN already, so thanks ZenVPN for one more! 😉

All we know about ZenVPN is that it’s operated by a company called RubyVector Ltd based out of Cyprus. A quick visit to the RubyVector website reveals that they’re a company that “makes great software” (debatable) and that’s about it… their website is very bare.

Interesting fact: The director of RubyVector is listed as Evgenia Savtsenko Paschalidi, which coincidentally is also the name of a Greek Miss World contestant from 1992. As far as we can tell though, this is a pretty common name.

The company’s registration date is listed as 2014, while ZenVPN’s website says it was started in 2013. So they’ve been at it for a few years now.

Based in Cyprus, ZenVPN is outside of the 5, 7, and 14-Eyes alliance between nations that promotes intelligence gathering and sharing.

It is always best to use a VPN that’s exempt from these multi-country agreements so that authorities such as the U.S. and the British government can’t request your data.

Cyprus is no Switzerland, and ZenVPN is no ProtonVPN… but the jurisdiction here seems OK.

We had high hopes for ZenVPN, what with the creative monk logo and all. Unfortunately, they’ve been shattered by a sub-par service that is slow, buggy, and has a pretty bad native app – your experience may vary, but don’t hold your breath. Although ZenVPN is torrent-friendly, Netflix doesn’t work at all and the download speeds are frankly embarrassing for something that’s supposed to be a premium product.

If that weren’t enough, the lack of payment methods, expensive plans, the absence of a kill switch, and DNS leaks put the final nails in ZenVPN’s coffin. We can’t recommend this VPN in good conscience; there are many VPN services out there that are cheaper and give you much more bang for your buck.

ExpressVPN and CyberGhost are just two of many services we’ve tested that we can recommend – go ahead and check out our in-depth reviews on those VPNs, or go to our top 10 list.

Buy because:
+ Easy to download and install
+ Uses OpenVPN
+ Based in Cyprus