We’re going to cover something a little different here today and look at Turbo VPN, a service built specifically for Android and iOS.

A quick look in the Google Play Store or Apple App Store will show you lots of great reviews from satisfied users. But does Turbo VPN actually live up to these reviews? Can a mobile-only VPN service really deliver everything a good VPN should? Technically it’s possible and certainly would be easier to eliminate desktop and laptop devices…

You’re about to find all this out in our comprehensive review!

Sign-Up Process: The best thing about this whole thing

Signing up on Turbo VPN was very easy. All we had to do was visit the App Store and install it like a regular app. It took a couple of seconds and was then ready to launch. 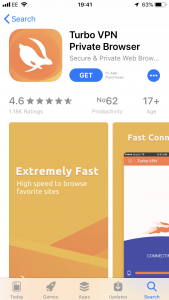 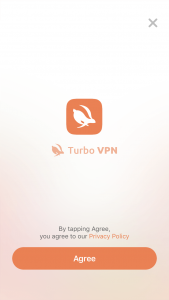 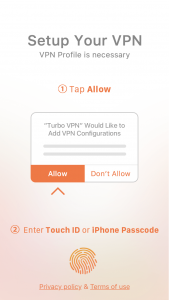 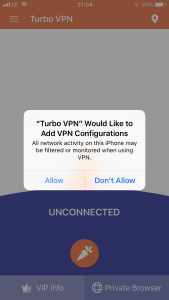 After launching Turbo VPN for the first time, we had to grant some permissions to the app before it could be used. This was very easy and the app guides you through everything. The permissions it asks for basically let the app route your traffic through other servers.

No leaks were detected when we carried out our tests on two different sites: 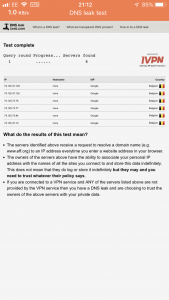 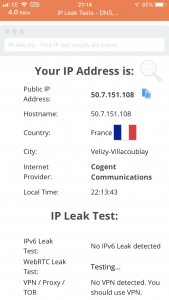 Leaks can compromise your identity by uncovering your IP or leaking your web activity. We’re glad to see that none occurred here.

Servers and Locations: You’ve got some choices

We didn’t have high hopes in the servers and locations department given that Turbo VPN is a mobile-only service. But what do you know… they surprised us! 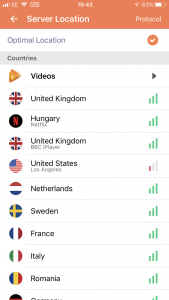 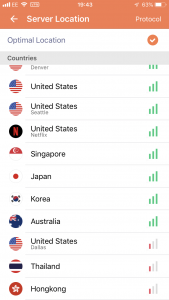 It was great to see a variety of locations on offer that included everywhere from the United Kingdom to Thailand. Plus, certain servers that are function-specific (i.e. the Hungary server that is tagged with “Netflix”) are even labeled as such.

Countries with more than one server in them are also labeled with the relevant location.

No idea on the server count, however.

Free VS Paid (VIP) Plans: Nothing is for free…

This test was carried out by using Turbo VPN’s 7-day free trial of their VIP premium plan. On this plan, you have unrestricted access to the app. When using the free version, you only have access to one server and your download speeds are extremely throttled.

VPN Speed and Performance: It’s like picking cherries (there are some good ones and some bad ones)

Again, we didn’t have high hopes with speed, either. And again, we were pleasantly surprised—some servers managed to deliver great speeds. Of course, there were others that weren’t so great, so they balanced each other out.

We tested a server in Europe and a server in the US while connected to our WiFi network that delivers around 200Mbps on average. 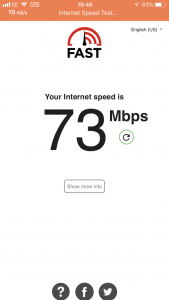 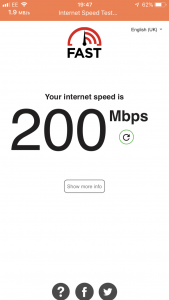 When you use a VPN, a reduction in download speeds is to be expected—after all, your traffic is being routed through multiple places—but the better the service, the lower this reduction will be.

If you decide to use Turbo VPN, it’ll simply be a case of finding which server gives you the best speeds as they are quite inconsistent; some are good whereas others are bad in that they shave more than 50% of your download speeds. Then again, maybe they don’t support our already-fast speeds?

Torrenting Policy: Probably works, but why would you? (It’s a mobile-only VPN…)

Torrenting seems to be allowed with Turbo VPN, but there is no official word about this on their website and they did not respond to our support ticket. They do have some P2P-friendly servers, however.

Turbo VPN is a mobile-only VPN service and so P2P/torrenting would be extremely limited anyway.

Torrenters, we recommend you check out these top VPNs for torrenting instead.

Encryption and Protocols: It’s a mystery

We could find no information anywhere about the encryption that is used by the app. We suspect Turbo VPN uses AES-128 or AES-256 encryption, but that is pure speculation. We can see, however, which protocols it uses: 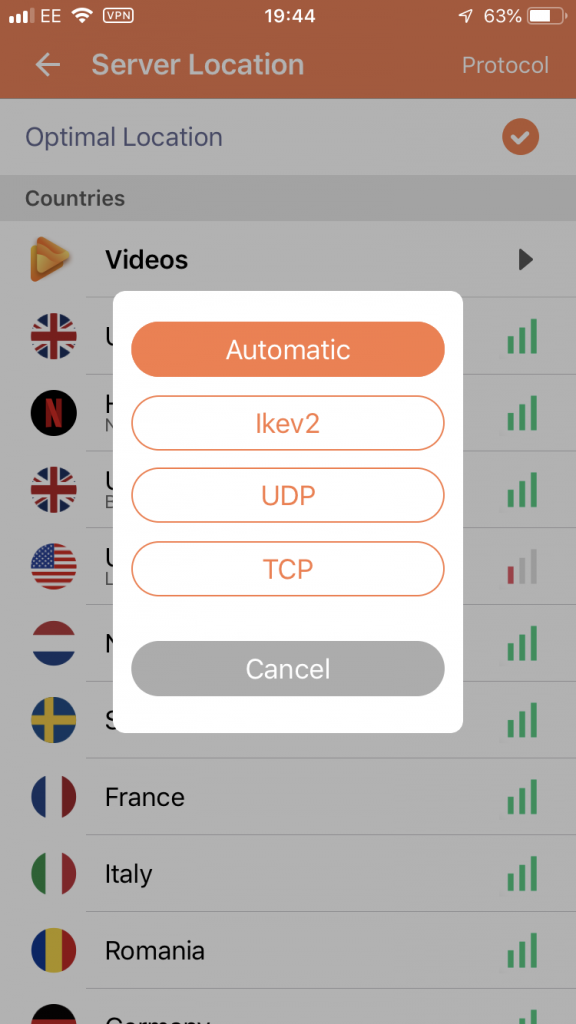 You have a choice of IKEv2 or OpenVPN over TCP or UDP. IKEv2 is popular on mobile and while it’s OK, it’s far from fantastic—it depends on what iteration of IKEv2 is being used. On the other hand, OpenVPN is recognized as the industry standard.

There doesn’t appear to be a kill switch within the app and their website makes no reference to one. But given that you can only use the Turbo VPN service through their app, and that you can’t use Turbo VPN without being connected to one of their servers, this shouldn’t be an issue.

Some clarification from Turbo VPN would be nice, though.

Netflix Test: Liar, liar, pants on fire (it failed for us)

Although Turbo VPN has a dedicated Netflix server, it didn’t work for us—any attempts to visit Netflix via their built-in browser was met with either a timeout error or with the classic “Netflix has detected a VPN” screen.

One of the most common reasons somebody would use a VPN is to access geo-blocked Netflix content, and it appears as though Netflix has caught up with Turbo VPN.

It’s a real shame given that they have a dedicated browser and servers just for Netflix. Perhaps it will make a return one day!

It is also worth noting that the only Netflix-friendly server was based out of Hungary and not North America.

This is a dramatic difference compared to other VPNs that can unblock Netflix.

When compared to other VPN services, Turbo VPN is very expensive! For $11.99 (£10.49) per month, you get full access to their VIP service which, though decent, is far from amazing. For that price, you can just settle with an established brand like ExpressVPN. 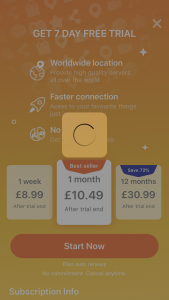 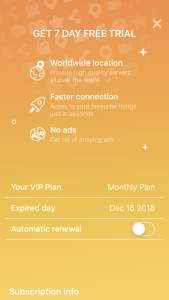 If you want to get rid of ads, access higher speeds, choose which servers you want to connect to, and use it on more than one device, you will need to pay for their VIP service. For a similar price, you could get NordVPN which is a far better product not restricted to just Android and iOS.

Instead, you can try out the Turbo VPN VIP subscription for free for 7 days via the app. After 7 days, you will be billed for their VIP service on a month-to-month basis.

Cancellations can be made through the Google Play or App Stores.

Payment Methods: Cards only (and only those already connected to your accounts)

Because the app is sold through the Google Play and Apple App Stores, your only option for payment is the credit/debit card linked to your Google or Apple accounts. No cash. No cryptocurrency. No pre-paid cards or PayPal.

This is another area where Turbo VPN fails to please us.

Turbo VPN is only available for Android or iOS devices at present and the company has made no announcements about or indicated that the app will be coming to other platforms.

Product Interface: You can’t really do much

The app is very easy to use, if not a little limited. Everything is handled from within the app itself; if you were to leave the app and use Safari or Chrome, for example, you would no longer be protected. 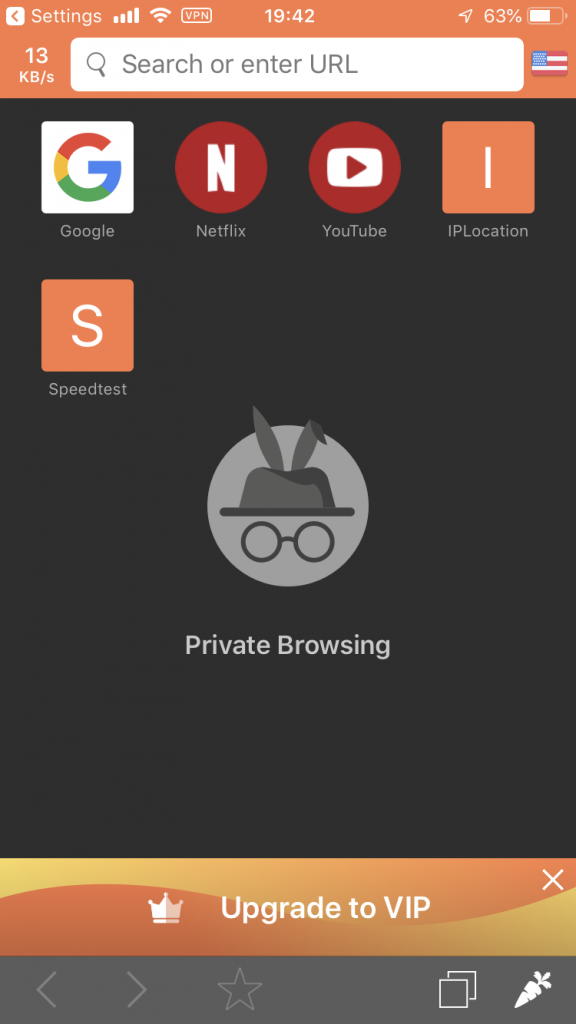 Within the app itself, you can access YouTube, Netflix (which doesn’t work), an IP location and speed test tool, and an integrated Google app for secure browsing.

That’s it, really. You can change your location by tapping on the flag located in the top-right-hand corner and selecting from the drop-down list. From this screen, you can also choose the protocol that you want to use (more on this shortly.)

In terms of usability, Turbo VPN is foolproof and simple to get to grips with.

Don’t expect any functionality, though—the most advanced thing you can do on Turbo VPN is change the protocol being used.

Customer Support: Nothing? Seriously… nothing?

There is no customer support. It simply does not exist.

Both through the website and on the Turbo VPN app itself, there is nothing that points to or even acknowledges the existence of a customer support department.

We get that the VPN is simple to use and straightforward, but it’s really, really bad to not see even the slightest inkling of customer service or support. There’s no forum, no knowledge base, no live chat… that’s not good at all.

Turbo VPN’s privacy policy, a very short read available through the App Store, explains that they do not log anything. They call themselves a “no-log network” that does not take any information such as browsing habits or assigned IP addresses.

It does, however, state that some information is collected only for the duration of your VPN session to help “improve” the service. No details are provided with regards to what this information is.

This is quite sketchy, and we can neither confirm nor deny with confidence what Turbo VPN’s position is with data logging and dissemination. Additionally, a quick look at the app’s settings reveals that it requires access to your device, identity, media, files, and photographs, among other things, before you can use it.

If Turbo VPN can access these things, (because you have given the app access) they could, in theory, be viewed, collected, and shared.

In other words, this is a red flag.

Turbo VPN as a Business

There is almost no information available online about Turbo VPN. For all we know, it could be run by a single person.

The VPN itself aside, their website seems to be incomplete.

These little details really matter. The lack of professionalism clearly shows between their website and the VPN itself.

Turbo VPN is based in China.

Although this means Turbo VPN falls outside alliances such as 5-Eyes, China isn’t exactly famous for being supportive of privacy and the Chinese government is extremely corrupt. China is a country that censors the Internet and all VPNs in China are regulated by the government—it is illegal to use an unregulated VPN in China.

This means that it’s likely the Chinese government can spy on you.

In a nutshell, we do not recommend using Turbo VPN.

Although it’s easy to install and use, and the VIP plan is fast, there’s far too little information available online to come to a reliable conclusion.

Additionally, Turbo VPN is based in China, and we have no idea which encryption method is used. There’s no customer support, it’s tied to your Google/Apple account, and it’s very restrictive in terms of functionality. Their Privacy Policy is very ambiguous, too (have you seen the permission required?).

The only positive thing we can really say about Turbo VPN is that they offer a fair amount of locations.

Buy because:
+ Respectable speeds
+ Lots of server variety
+ Easy to install and use
+ Uses OpenVPN