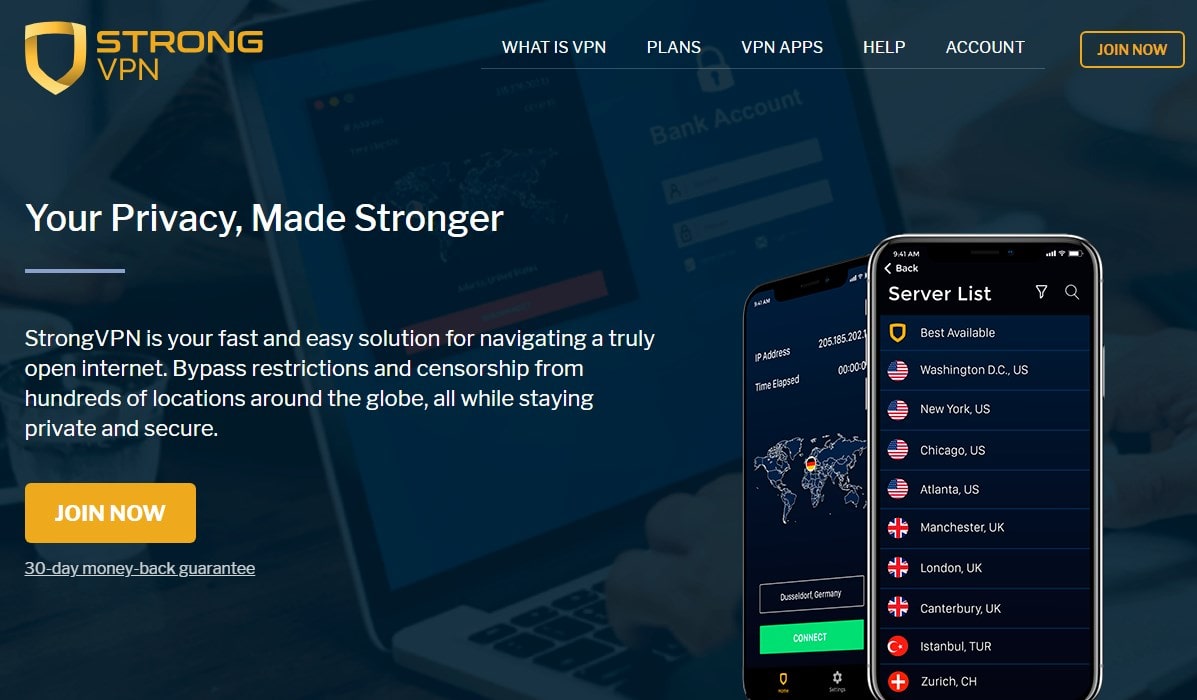 StrongVPN recently overhauled its service. Now equipped with a spiffy user interface, StrongVPN hopes to capture a slice of the expanding VPN market.

Let’s see if they’ve done enough to warrant your attention—and your money. 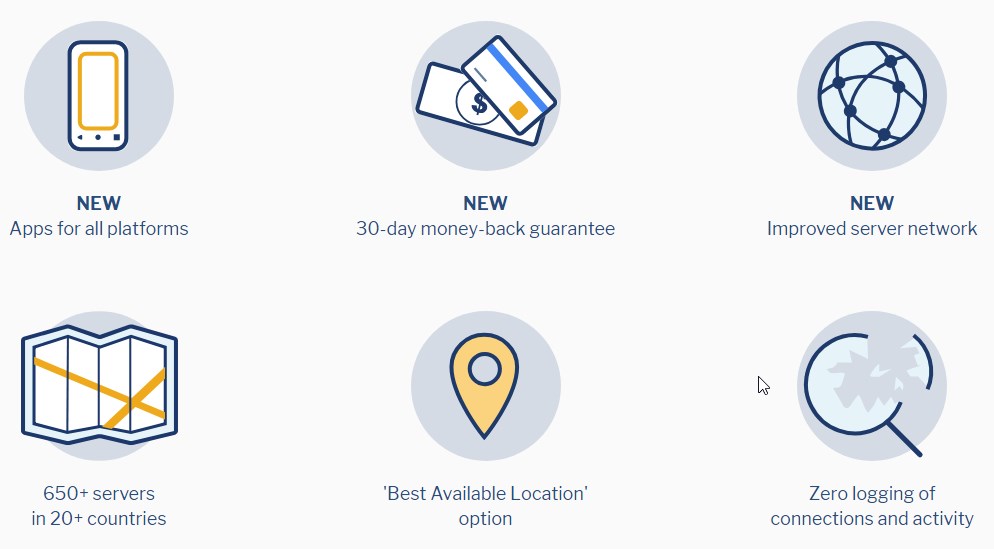 Netflix Test: Netflix and chill away! 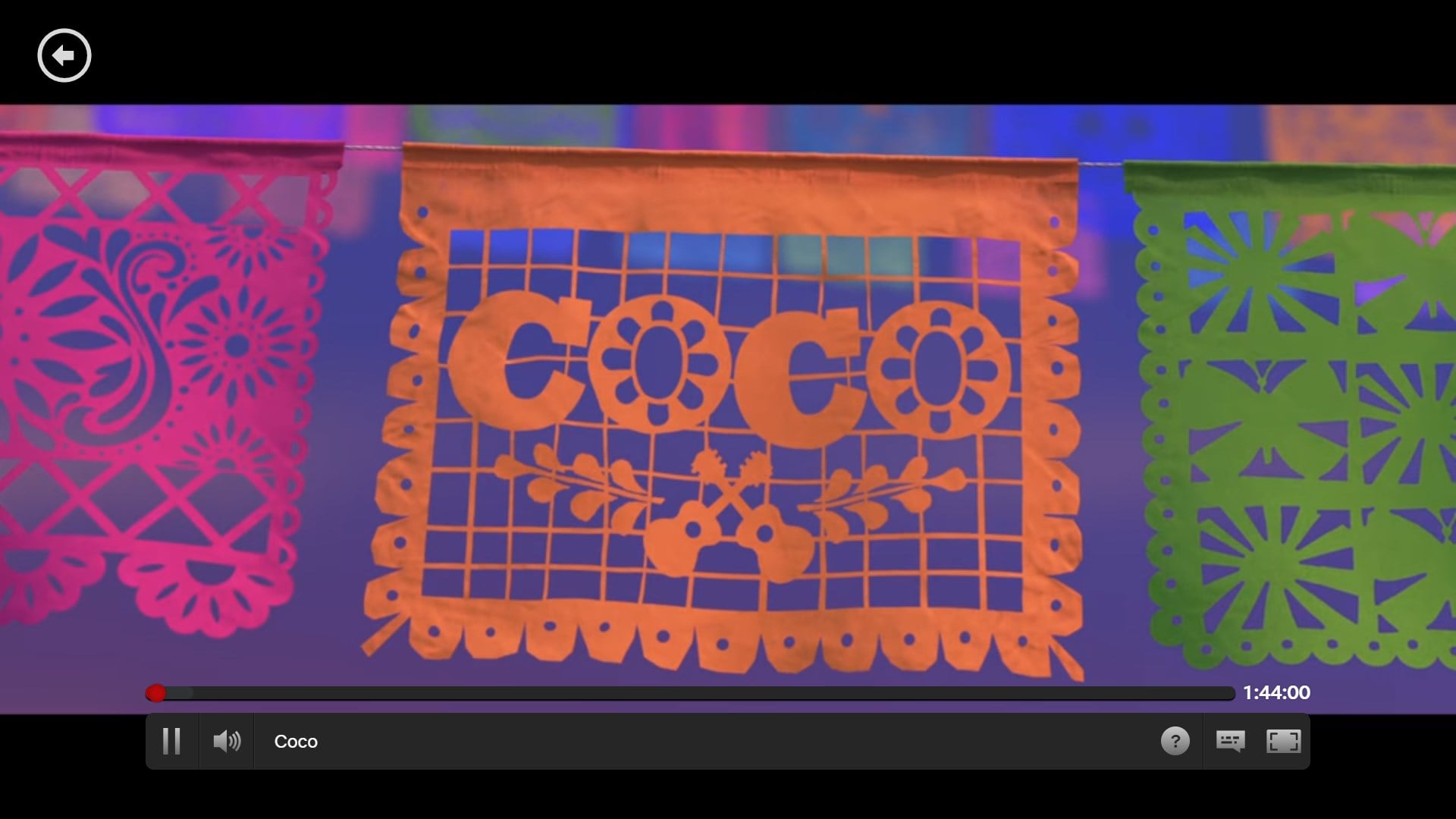 We tried connecting to Netflix on several servers and each one enabled us to stream Netflix – huzzah! We were also able to use BBC iPlayer without a hitch.

While we didn’t run into any trouble accessing Netflix, there’s no guarantee that all servers will work. After all, even the best VPNs for Netflix can’t succeed 100% of the time.

If you decide to pick up StrongVPN for Netflix access and do run into trouble, we suggest contacting customer support.

While StrongVPN does limit you to a monthly or yearly plan, they do provide a 30-day money-back guarantee, which is unconditional.

So if there’s anything you don’t like about their service, you can get a full refund and be on your merry way.

Device Compatibility: Install StrongVPN on just about anything 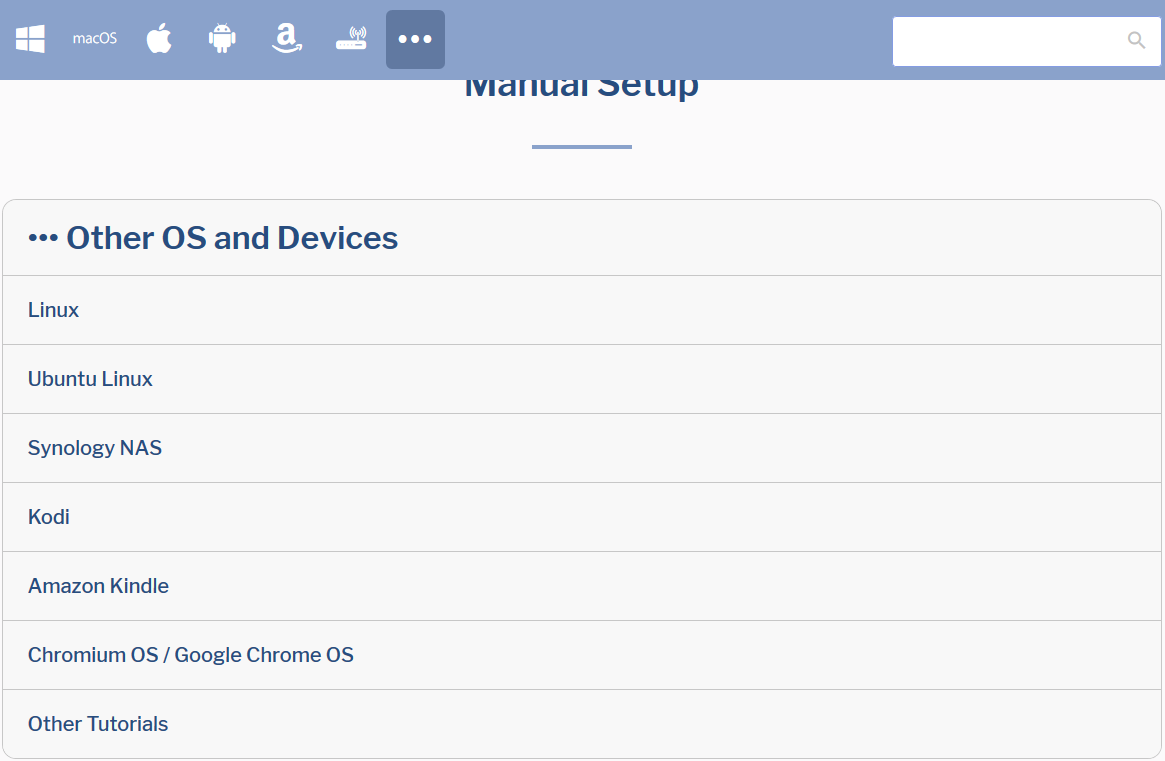 StrongVPN is compatible with most major devices:

What’s even better is that StrongVPN supports up to five simultaneous connections.

Pretty handy if you’re using several of the above-listed devices!

StrongVPN even sells routers pre-configured with their VPN. Way to go the extra mile, StrongVPN. Routers come with a 90-day satisfaction guarantee, so keep your shipping box in case the router doesn’t work out. 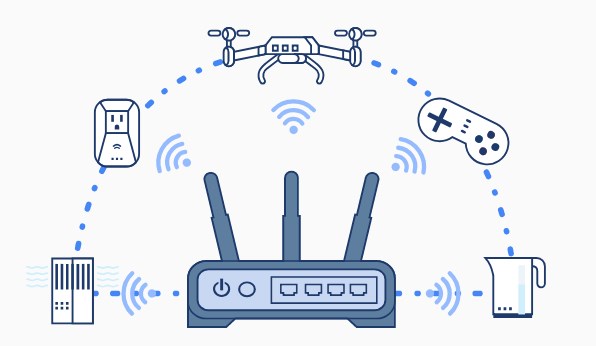 Signing up for StrongVPN is easy. Navigating the website is not — this isn’t an indication of their newly updated app, but still…

The website’s top menu will disappear depending on the page you’ve landed on. Why? Why is this happening? User interfaces, especially for VPNs, should be intuitive and easy to follow.

Signing up for StrongVPN is far simpler. After paying, we received an email with our login information, including a temporary password. 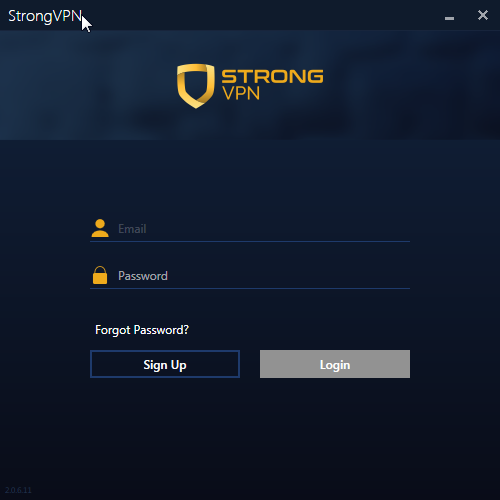 Installing StrongVPN is as simple as you can imagine. We didn’t even have to restart after installation.

The VPN’s user interface is crisp and modern. The options menu is intuitive, making it easy to navigate around.

The server selection is defaulted to “Best Available” but you can easily change this in the server menu.

Servers are organized by country and city. You can filter through either category. 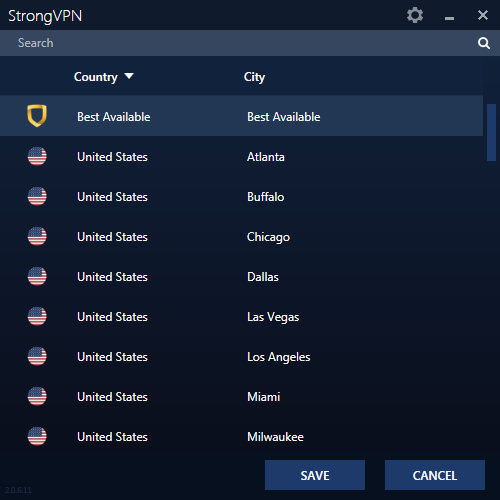 We wish StrongVPN displayed just how crowded the servers are, along with server latency. It would be a welcome convenience, making it easier to choose a server without being told no when you discover it’s full.

Here’s a look at their options and protocol menus: 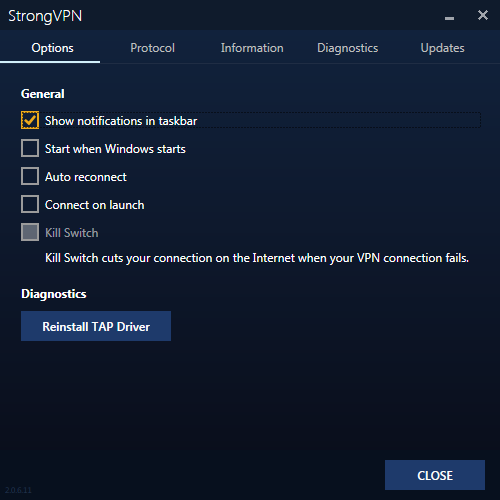 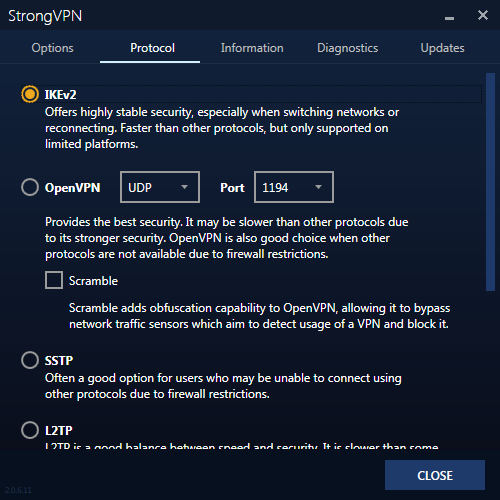 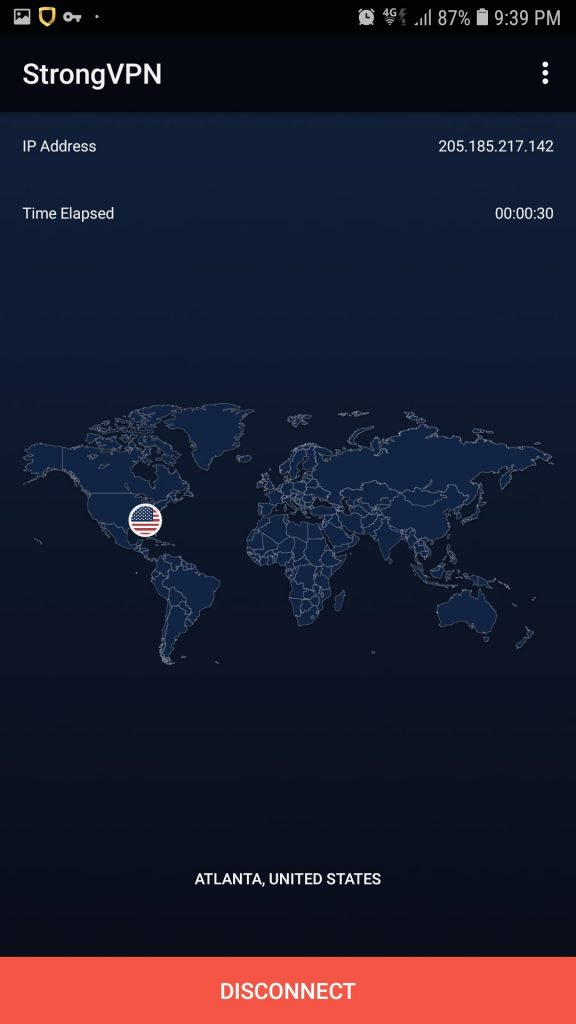 The StrongVPN’s notification tab on mobile lets you know that you’re connected, your speed, and how much data you’ve both uploaded and downloaded. 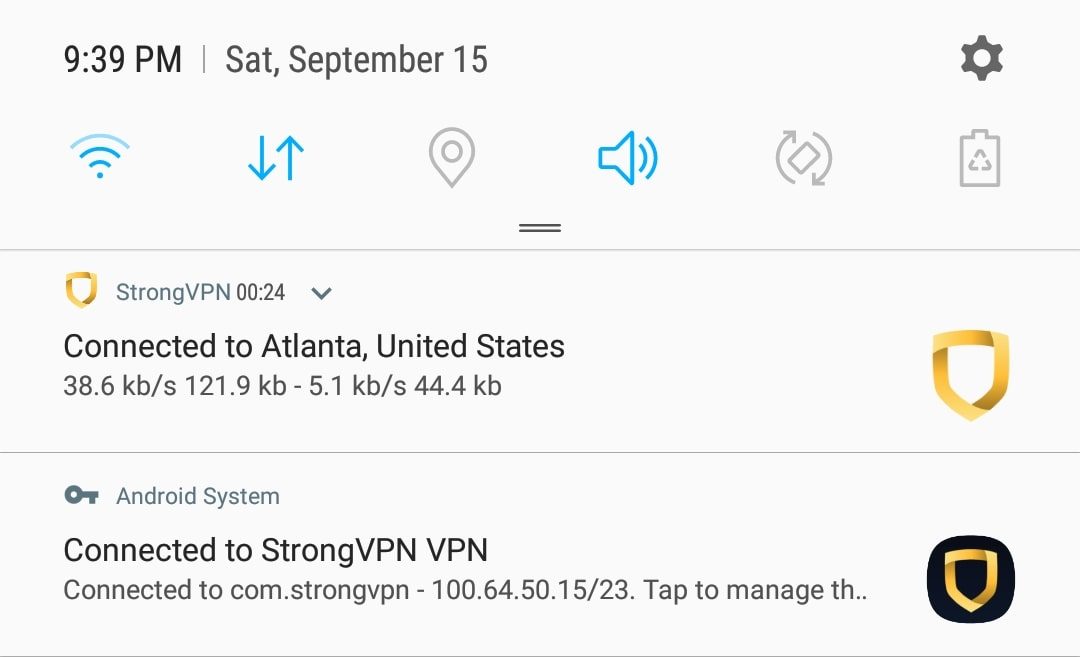 Too bad that information isn’t part of the desktop client.

Customer Support: We’ll do it live! 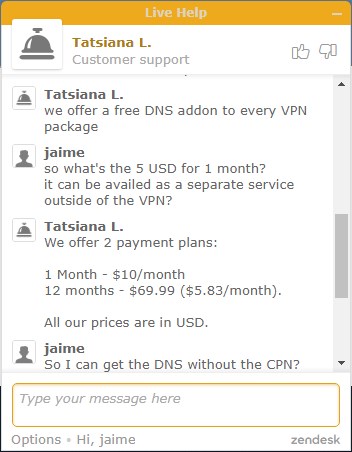 StrongVPN’s support is close to first-rate.

Live chat responded quickly. If representatives were too busy, we were shown our position in the queue.

Our wait time for chat support never exceeded 10 minutes, and once we connected with a representative they responded quickly.

To test them, we threw some technical questions their way. They connected us with someone from the tech department who quickly satisfied our questions. 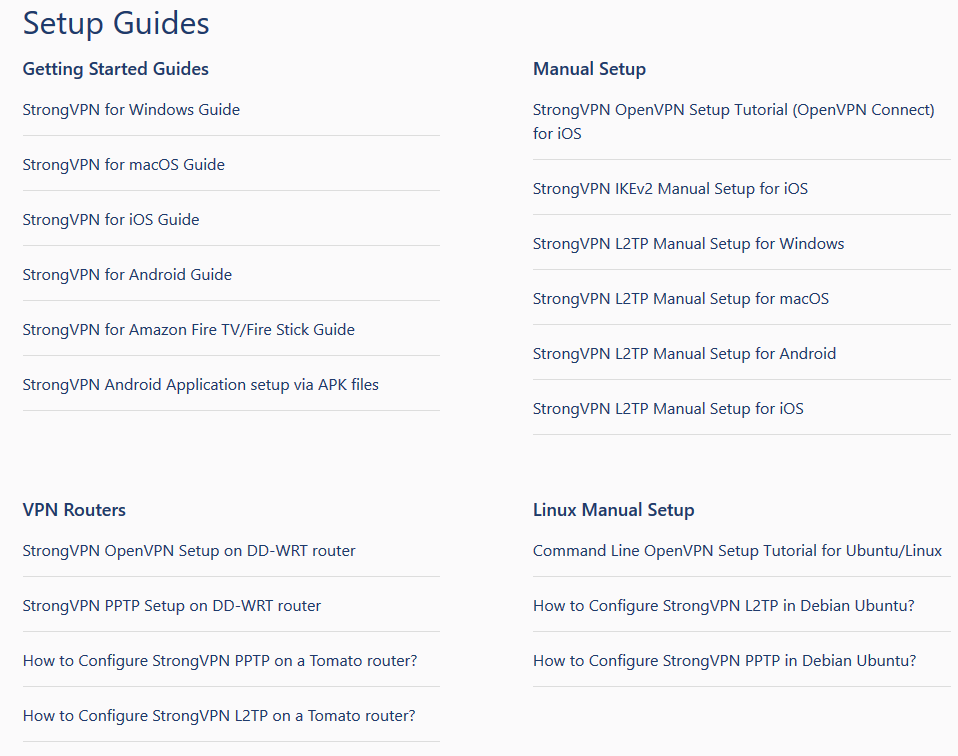 StrongVPN’s help section is designed for ease of use.

Each section is straightforward and organized well.

StrongVPN claims it does not log or collect any data from its customers.

Keep in mind that, although no data is logged, StrongVPN does not recommend P2P. More on this below.

We put StrongVPN to the test to see if there were any IP or DNS leaks. We’re happy to report that the VPN passed our tests.

An additional product that StrongVPN offers is StrongDNS, which already comes as a feature when you subscribe to StrongVPN.

Users who don’t want to heavily invest in StrongVPN can opt to use StrongDNS.

While StrongDNS doesn’t offer the same anonymity and privacy as a VPN it does provide at least a minimal level of protection. Think of it as a sort of VPN-lite. 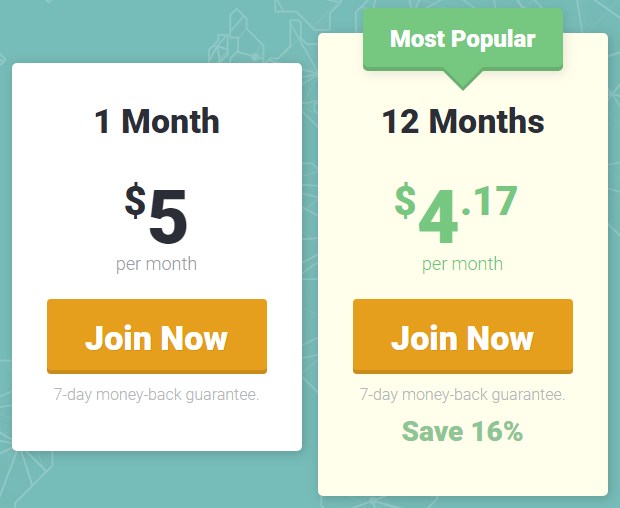 StrongDNS is worth checking out if it has the features you want in terms of security, circumventing throttling, and Open Internet.

Thanks to AES 256-bit encryption, it’s safe to say that StrongVPN keeps you sufficiently safe.

So far, StrongVPN has had no issues with any government or the law in general. As far as we know StrongVPN has done their part to protect users.

Kill Switch: Yes, but only if you’re on Windows or macOS

StrongVPN features a kill switch, but only for Windows and macOS. You’ll have to be careful if you choose to use StrongVPN with other devices.

You can avoid issues altogether if you decide to set up StrongVPN with your router.

VPN Speed and Performance: Middle of the road

We had to find out just how fast StrongVPN is so we conducted a test. What did we find? Our speed tests ran at 70% to 80% of normal (read: non-VPN) speeds. Not bad… not bad at all.

We obtained the best results testing in the United States, and the worst results in Asia.

That makes sense; most of StrongVPN’s servers are distributed throughout North America.

Overall, SpeedVPN’s speed performance is somewhere in the middle. It didn’t significantly hamper our usage and kept up enough with our needs.

Servers and Locations: 950+ servers in over 20 countries

StrongVPN features nearly 1000 servers spread across the United States, Europe, and Asia. You can see each server’s VPN type (static or dynamic) and speeds by visiting the server listing page. They’ve increased the server count by twofold in the past year.

You read that right: unlike most competitors, StrongVPN host their own speed tests for each server. That means you can test your connection to a StrongVPN server without ever signing up. This feature, we’re a little bit in love with.

While the company isn’t sporting a wide array of servers, the speed test feature makes up for it, a little bit at least. Giving potential customers the opportunity to test a VPN before purchasing is always welcome in our eyes.

Torrenting Policy: You can, but StrongVPN don’t want to know

StrongVPN states that they do not have a logging policy, but they don’t exactly want users to torrent. 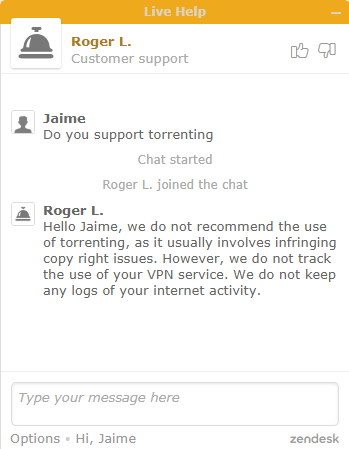 There’s also a section dedicated to their DMCA and copyright policy.

That means it’s probably best not to use StrongVPN for torrenting. Unless it’s perfectly legal, of course. Because you don’t want to violate StrongVPN’s policies and put yourself at risk.

If you’d feel more comfortable with a VPN that offers more explicit torrenting support, check out our top VPNs for torrenting.

No, you can’t use Bitcoin or other cryptocurrencies to purchase StrongVPN.

That’s surprising, given the number of other options on offer here.

Many other VPN companies do allow cryptocurrency payments, as doing so provides an added layer of privacy. Look at Private Internet Access with their payment methods. We’re scratching our heads wondering why StrongVPN has decided against offering crypto payment options.

Maybe it’s too risky in their eyes, who knows. 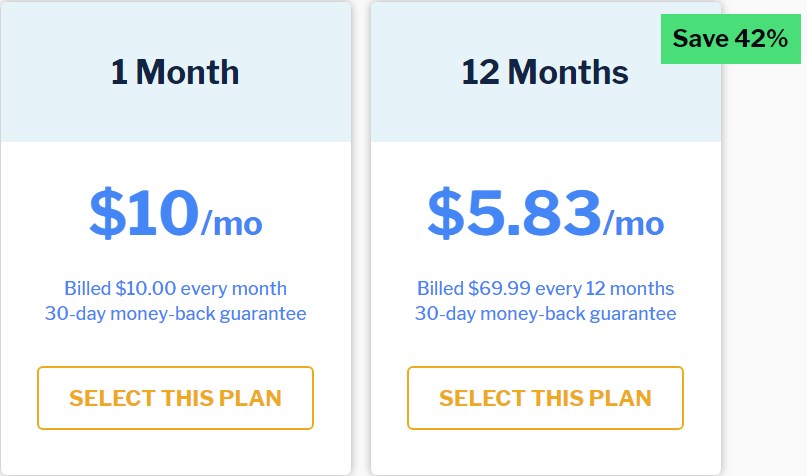 The lack of something like a 6-month option means you stuck between either one single month and a year. The monthly plan isn’t exactly the cheapest offering either, at $10 per month.

The numbers aren’t so bad, but the value you get (or don’t get) is what places StrongVPN’s price under our cons section.

StrongVPN as a Business

StrongVPN’s “About Us” page is more transparent than the competition.

They’re a small company from South Lake Tahoe, California. They incorporated back in 1994 but they didn’t enter the VPN business until 2005.

StrongVPN even features a “Meet the Team” section. It’s clear they’re not afraid to be identified with their work.

In early 2019, J2 Global acquired several VPN brands to expand on their cybersecurity and internet solutions portfolio. StrongVPN was part of the acquisition along with IPVanish, Encrypt.me, and SaferVPN–the latter three companies all being StackPath’s subsidiaries. J2 Global also owns PCMag and Mashable so you’ll most likely see these VPNs on these sites.

As mentioned, StrongVPN is a US-based company. This means they’re part of the Five Eyes intelligence alliance.

Clearly, something to be worried about when signing up for a VPN.

StrongVPN doesn’t have any outstanding cases against them at the moment, and hopefully, it stays that way.

Overall, StrongVPN is a strong (excuse the pun) VPN offering.

The package is cheap if you choose to buy a year-long subscription. The speeds aren’t mind-blowingly fast, and the server choice could be better. However, Netflix is unblocked, and customer support is top-tier.

Still, shop around and make sure to scan our top 10 list. The VPN market is ultra-competitive, and it’s highly likely you’ll be able to find something that’s cheaper, better or a combination of both.