Rapper, singer, and actress Queen Latifah once said, “I don’t care how much money you have, free stuff is always a good thing.”

Hoxx VPN is a free VPN service that has served over a million people for 4 years with over half a million installations on Chrome. This piece of information might lead you to believe that Queen Latifah was right about free stuff being good. But it never hurt anyone to speculate.

We did all the speculating for you and wrote it into a review. You’ll find that review below – let’s begin!

Their services are free and easily accessible on the Google Chrome Store.
If users wish to have their time with the VPN improved, a Premium version is offered.

Starting from $1.99, you can get 24/7 email and chat options for support, 4096-bit encryption, separate premium servers in even more locations, malicious website filters, no quote restriction, and prevention from having your activity tracked by ad companies.

Not a bad offering for a free/low-priced VPN, huh?

Hoxx VPN offers a 14-day money-back guarantee to those who have tried their Premium service but have later changed their minds.

Although the VPN offers free services, it’s nice to hear that they still allow a 14-day window for Premium users to get their money back. After all, VPN services can be really hit and miss for users (just take a look at how many we’ve reviewed, and our experiences with some of them!), so it’s ideal when VPNs offer users a chance to try the services out for themselves.

We really love the fact that they state “No need to provide an excuse or reasons”.

Hoxx VPN offers all the common payment options such as Paypal and good old credit cards – the usual stuff you’ve come to expect. Hoxx also accepts payments via Alipay, a payment processor based in China.

Bitcoin is also accepted by the VPN, an addition we’re always happy to see offered to customers.

Users can use the VPN as extensions through Chrome and Mozilla. It is a browser-first VPN, after all.

For desktop users, Hoxx VPN is also compatible with Windows and Mac. It’s available on the most recent versions of Android as well.

Hoxx VPN is also working to launch a version for Opera browser and iOS in the future.

Sign Up Process: A simple process, to be sure, but a welcome one

Upon download, you have to provide your email address for an account. Just set your login credentials, login, and you’re good to go.

You can access the software besides Google Chrome’s address bar where you’ll need to log in before connecting to your chosen server. 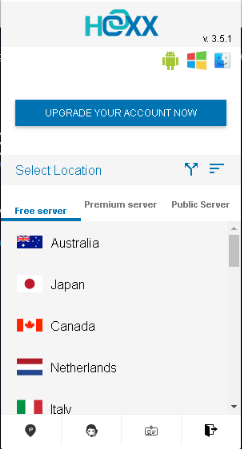 The servers are easily accessible as soon as you click the icon. Customer support is also just below the software making it easy for users to address or inquire as to any concerns or problems they might come across while using the VPN.

The other two tabs below the software are where you can edit your user profile and log out of the VPN, should you wish to do so.

You can upgrade from the VPN client itself.

Customer Support: Easily accessible, but limited to tickets only for free users

An FAQ can also be found on their website that supplies answers to common inquiries about their Privacy Policy, Premium Accounts, Support, Abuse, and General questions.

Premium users also get a support system through chat. A chat system? Yes, please. It’s a small shame you have to pay to get such support, but it’s understandable. To offer free users a strong ticket support system in the first place is generous, so overall we’re happy with Hoxx VPN’s support offering – nice job!

We checked just how secure the VPN is from leaks and we have to say, the results are clean.

Consistently, the VPN passed the leak tests for both the IP and DNS we ran – overall, a solid result.
Encryption and Protocols: Decent protection all-round, though premium users get the best

The VPN has 1024-bit encryption on their free service. While their Premium users get to surf safely in the blanket of their 4096-bit end-to-end encryption. 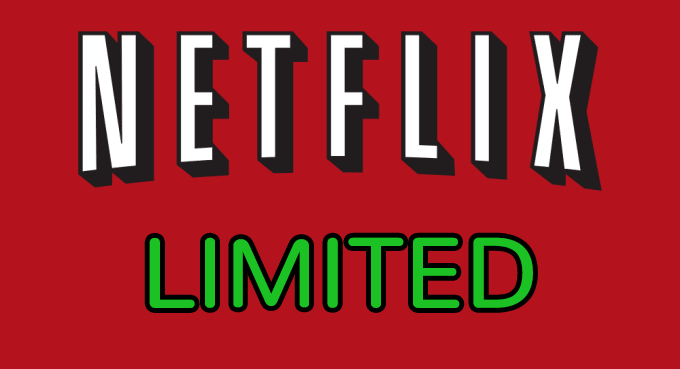 Do you ever go on a binge-watching streak and wish you weren’t so vulnerable to cyber-attacks while doing so?

You can now watch your favorite shows safely, with Hoxx VPN.

It’s a win for everyone who wants to watch their Netflix shows unbothered or even just if you decide you want to access geo-blocked websites.

But no guarantees. During our test we’ve had multiple failures and it wasn’t so pleasant. Not like our top VPN picks for Netflix, which are guaranteed to unblock geo-restricted sites.

Hoxx VPN does not have a kill switch.

Instead, they offer a WebRTC leak prevention on their software.

Servers and Locations: A fair amount for a free service 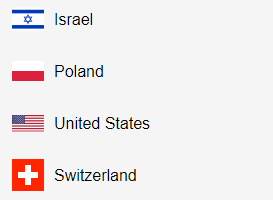 Hoxx VPN offers 24 different server locations and ‘100 servers’ total – not an inspiring offering to be sure. According to their website, they try to add a new server weekly.

It’s a decent effort, but when there are VPNs like NordVPN out there offering thousands of servers, it’s hard not to be somewhat disappointed. Still, it’s a free service.

The VPN claims to offer lightning-fast VPN services, we checked if this is the truth.

The tests showed minimal losses, even some speed gains!

But we’re afraid Hoxx has failed the test – in many instances the VPN simply didn’t work. We can clearly see when it was working—up to 95% speed losses.

The VPN does not allow torrenting. That’s about as much as we have to say regarding Hoxx VPN’s stance on torrenting.

Disappointing, to say the least, but it’s understandable why some VPNs avoid such support; it keeps them out of hot water, and away from potential legal troubles. Hoxx VPN is one such VPN.

If you want a VPN that supports torrenting, here are our top recommendations.

Before you nosedive into using Hoxx VPN, it would probably be for the best to check their logging policy.

The VPN logs the following data:

The VPN may also use third-party tracking pixels used by their ad or analytical partners such as Google Analytics and Google Advertising.

Information collected from users is used to fulfill requests, contact, research, to improve their services, and provide anonymous reporting for their internal and external clients.

Additionally, the VPN also reserves the right to remove any content or messages if they believe it to be necessary for any reason or no reason at all.

They collect a lot of information and use them for the same things that drive people to use a VPN to secure their activities. When we were reading their privacy policy, we were afraid our eyebrows would permanently be raised from what we were reading.

Data collection isn’t really new to free websites, but the privacy policy is the same one used for their Premium and Free service.

We really don’t see the point of them putting “Prevent Tracking” as their selling point on their Homepage when they still log a lot of user information.

One phrase springs to mind: “if the product is free, you are the product.” It seems that may indeed be the case here; it’s a shame to see so much data collected and so many restrictions!

Hoxx VPN as a Business

The Florida-based VPN has been serving their users since 2014.

Having served more than 1 million users, they have a strong sense of how to be a marketable VPN. Their business has a preface that looks attractive and enough to continuously attract users around the globe.

The VPN is based in Florida, United States.

This means that it’s located in a country that’s a part of a mass global surveillance organization.

Members of the 5 Eyes Alliance may exchange information amassed by their organization between its members. Since Hoxx VPN is in the United States, authorities government may demand information from the VPN.

Hoxx VPN Conclusion: A minefield of pros and cons

We really had high hopes for this VPN.

Hoxx VPN is initially promising to say the least, but once you’ve reviewed their logging policy, it’ll really make you want to be an unbeliever of Queen Latifah’s statement (yeah, we’re still on that).

It’s free and could bypass Netflix, sure. But it’s not likely.

As much as we try to see this VPN in a good light, Hoxx VPN has a lot of flaws. A few of them being the VPN’s torrent unfriendliness and the lack of a proper kill switch.

The VPN is still good for bypassing streaming websites, but for a lot of users who want more out of their chosen VPN, we probably wouldn’t recommend this VPN for you.

So what should you do? We highly recommend picking a VPN from our top list.

Things to consider:
- Free version only has ticketing system for customer support
- No kill switch
- No torrenting
- Sketchy logging policy